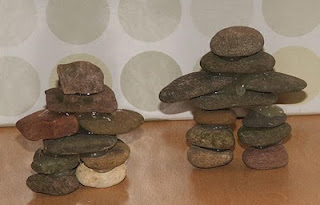 Yes, I have been missing in action. That has been due to the Winter Olympics. I have been glued to my TV for the last 16 days as I love winter sports but do not get to see it very often. In the UK we have a weekly TV programme called Ski Sunday but it mainly revolves around downhill and slalom events. Occasionally we get the Winter X Games or some cross country but I have never seen any bobsled, luge, skeleton, speed skating or biathlon competitions on TV outwith the Winter Olympics. And whereas we used to get regular TV coverage of the ice skating in the 70s and 80s (when Britain had more success in skating) now it is hardly ever shown. It is such a shame as winter sports are adrenalin fueled and great fun to watch. Instead British TV is polluted with soccer. If you say sport to anyone it inevitably means soccer or possibly athletics, Formula 1 racing or golf. Yup, British TV is filled with exciting and inspiring sports - NOT! How many kids out there are disinterested in mainstream sports? How many would love to give something a bit different a try? But because they haven't seen it on TV or know someone who does it they will never get to give it a go. Where will our future medallists come from? More and more TV in Britain is only catering for the mainstream. It is all about profit. It is also very sad. While there may be coverage of sports on the internet not everyone has a PC or internet access. We need more variety on TV and in the UK we have to pay a TV licence fee for the privilege of having TV. Isn't it time TV channels listened to its viewers?

The Canadians have done a fabulous job hosting the Olympics. I am glad that Canada did so well at their own games and while I know alot of my US readers will not be pleased at the result of the ice hockey, it was an exciting match befitting the final. I stayed up until 4am last night to watch the closing ceremony - and yes, I now want a giant beaver for my garden. So, while there has not been alot of creativity during the last two weeks I was inspired by a post on the My Story Art blog on inukshuks. Sharon shows us how to make our own inukshuks - just like the Vancouver Olympics logo. So I gave it a go just to make me feel even more a part of the Olympic feeling. I used a hot glue gun but the glue went a bit wild and stared to dribble everywhere. The one on the left won't stand up by itself either. I think it must have been out celebrating last night after the ice hockey. But it was fun making them. Now I really have to get back to some creativity.
Posted by Gillian McMurray at 17:09