I hadn't realised that it had been so long since I posted anything to my blog. With 20 inches of snow to deal with over the last two weeks I guess things got away from me - again.

So what's been happening? Well, lots of Christmas card making so I have added some photos of them here. Then I signed up for an online class with Carla Sonheim. It has been brilliant fun. We are making journals and purses from fabric scraps and I have re-discovered my love of my sewing machine. If you want to find out more you can read about it here. There will be a second presentation of the class in the New Year and I can heartily recommend it. So far I have made two scrap journals and am in the process of making my scrap purse. The final lesson arrived yesterday so pictures of the purse will follow soon but here are a couple of pics of my journals. I have adjusted Carla's instructions just a little when it came to binding them. I used a binding technique using cotton perle thread and beads instead of stitching the page in. That way I can add new pages later if I want to. 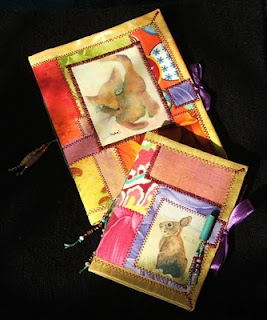 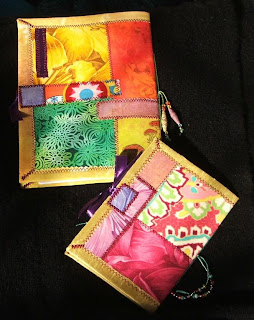 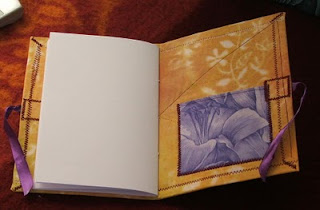 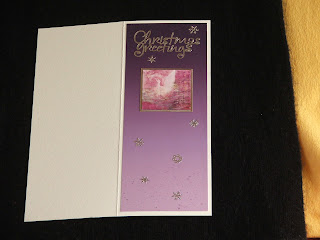 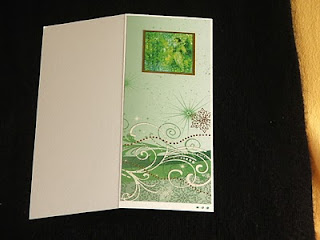 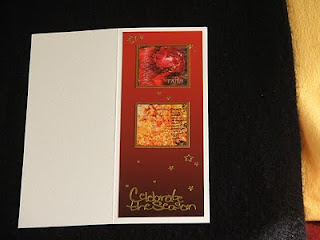 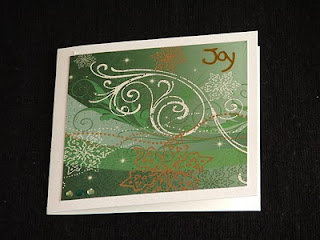 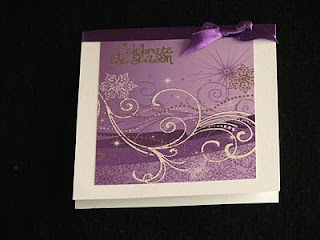 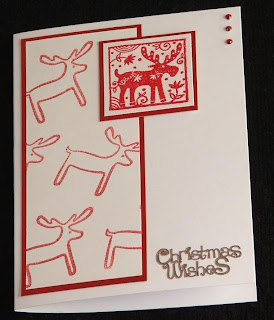 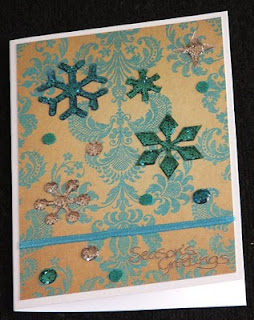 I also mastered basic crochet. Now, this has been an issue for me for a long time. I learned to knit when I was little but never really took to it. Crochet, however, was a mysterious hobby. One hook and magnificent forms could be created. Could I figure out how to crochet? Nope! The illustrations in books were always useless but by chance I came across a tip from someone who crochets - the internet. This will sound very obvious to most of us. I use the internet to research nearly everything but it never occurred to me that it would be of any more help than the books I had used. Wrong! I had forgotten we are in the age of video classes. NexStitch is a crochet site that had a number of videos for beginner and it revolutionised the way people learn crochet. Me included. So far I have just played around but I have embarked on what I hope will be a scarf. The plan is to have grey ends that will be embellished and a coloured central panel. So far it is slow going. I might be 60 before I get this finished but I am having fun learning new techniques. 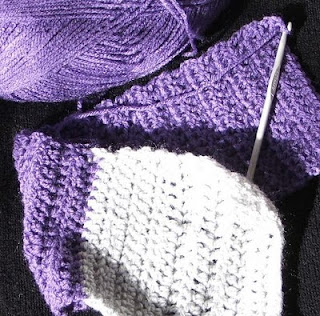 And marbling! I bought a couple of bottles of a marbling paint by Marabu called Easy marble and it actually works! In the past I have bought all the alum, size and inks and produced the ultimate in ugliness. So it was a lovely surprise when this stuff actually worked. It is a solvent based ink that floats on water (if you are using something smaller than A5 paper or wallpaper paste if it's bigger than that. So far I only have the blue and yellow so my colour will be limited but I feel a shopping spree coming on next week. 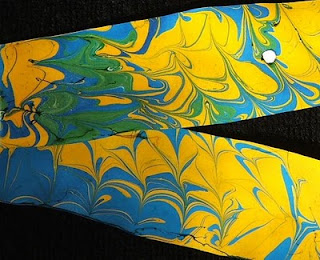 And, of course, there has been Tim Holtz's 12 Tags of Christmas and I have been taking part but I will post the photos of those later.

Other than that, there has been little drawing going on. I had an essay to write for my mythology course which took me longer than I expected. The snow meant much snow shovelling and Christmas shopping has been keeping me away from more productive work. But I hope you have enjoyed this catch up on my creativity. My Challenge Gillian images will be up soon too.
Posted by Gillian McMurray at 13:01

Fabulous fabric goodies! I think it's great that you learned to crochet too. Like you, I learned to knit a long time ago, but much prefer crochet. In fact it's something I want revisit as it's been a very long time. I'll PM you soon. Still trying to catch up. LOL!

First, your cards are gorgeous!
Second, your knitting looks swell so far!
Third, the marbling is stellar, gorgeous colors...
Fourth, hope you have dug out by now!
Fifth - can't wait to see your version of Tim tags!

Thanks guys. The crochet is coming along nicely now. So far I have 20 inches of scarf but a way to go yet. The snow is disappearing fast too so I'm pretty well dug out now. It all adds to life's rich tapestry - or in my case, crochet :o)

That Easy Marble stuff says it could cause long-term damage to aquatic animals.... that is right from the Maribu product info page. I think I'll pass, but your marbled work was beautiful.

Thanks for that Rain. I have the Maribu leaflet on the paints and that is not mentioned at all. As with all solvent based products, I never dispose of them down the drain or into the water system.