Words of wisdom and history

With the post Christmas buzz for paintings and commissions slowing down I worried that January might be rather quiet. However, I need not have worried. My beads have been flying off the metaphorical shelves. So much so that I didn't have time to work on new designs. Luckily last week I managed to get some creative time in and create some new, never seen before beads.

First up are the Vintage Word beads. Five beads with inspirational words on them. Great for grungy and vintage crafts in the style of Tim Holtz. What's more, I can even produce sets of beads with just one of those words or even totally different words (within reason). 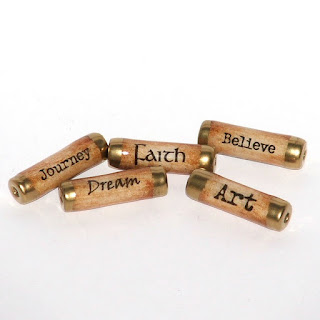 Then we have some flag beads. So far I have just made American and British beads but if they sell then I hope to try other nation's flags. Of course, if anyone wants a specific flag produced as beads I can always do a custom order too. However, in Britain this year we have a few historic occasions to look forward to in the Olympics and the Queen's Diamond Jubilee. That was what inspired me to make the beads in the first place. These beads are ideal for paper crafts like scrapbook pages that commemorate any of these occasions but they are also great for making jewellery. My plan is to make some earrings to wear during the summer's festivities. Whether I get around to making some is another matter. To abuse a quote by Scotland's premier poet, Rabbie Burns - the best laid schemes of mice and (wo)men, go often awry 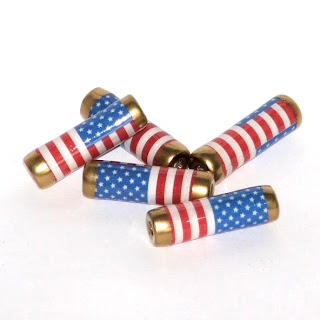 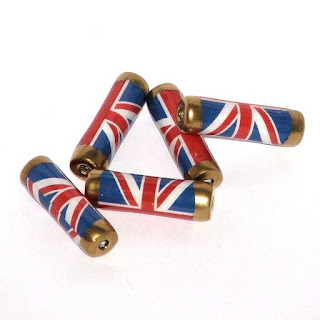 Posted by Gillian McMurray at 15:15

These are so cool Gillian! LOVE the words! Glad things are going well for you in that department!