Bangles and Beads (and other stuff)

Just a quick post with a few pictures of my recent samples for Gina-B Silkworks today. 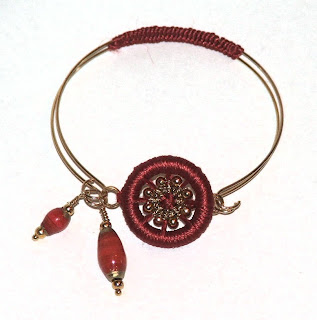 First up is a bracelet made using gold memory wire, a beaded cartwheel button (made using instruction from Gina's Making Even More Buttons DVD) and some paper beads made using Gina's Paper Bead Stencil Kit. I started out by using one strand of memory wire but felt it was too thin compared to the size of the button (see the picture below for the 'before' bracelet). So I added a second strand and used a soutache braiding technique to fasten the two strands together. Chunkier and more substantial. 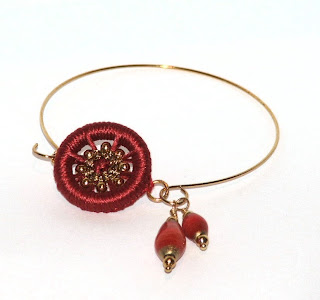 Next is a coin purse that I came across. A lot of the things I make are targeted at women. However when I saw this purse I thought that it could make quite a nice masculine gift with the addition of a button. Worked in yellow, greens and cream, I think it adds a little bit of originality without being sparse. 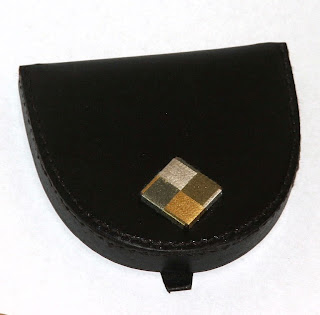 And on the subject of the feminine objects I make, here are a couple of tins/jars that I have decorated using Teneriffe lace that I made using a Teneriffe lace kit . I had never made Teneriffe lace until I tried the kits but it makes some fabulous roundels that can be used on all kinds of crafts. 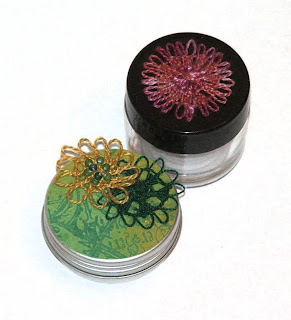 Posted by Gillian McMurray at 18:42