A non-creative post this week as my sister has just become the proud owner of a new dog. Her name is Indy. After Stanley died last October we all felt like there was a massive rottie shaped gap in the family. By chance this little lady fell into my sister's lap. 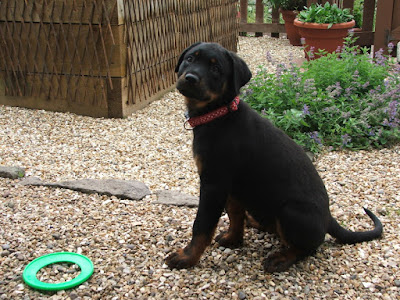 Indy has already made herself comfortable in the garden here and is just wonderful. She will never replace Stanley but she will definitely help make his loss easier to deal with. 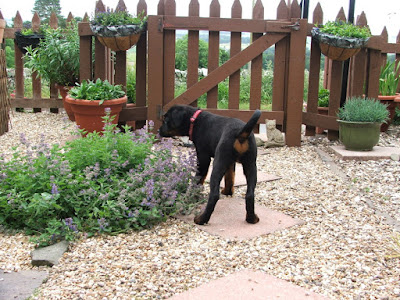 Here she is guarding the scones in the oven: 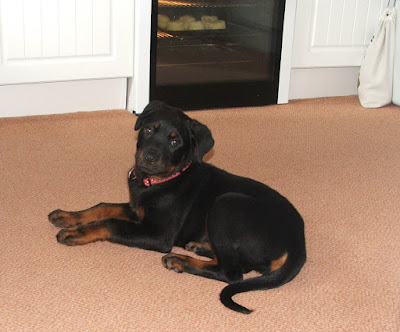 And wrestling with a giant marshmallow: 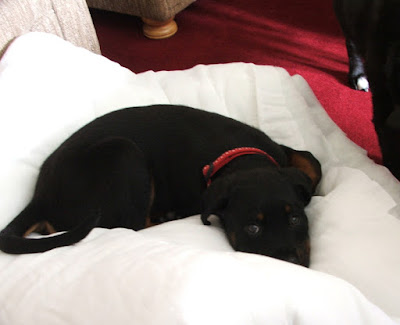 I was actually trying to make her a new bed out of an old duvet but she seemed to like it just the way it was.

And here she is contemplating mischief: 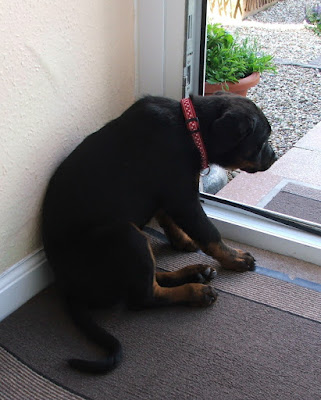 I spent the last two days puppy-sitting her and she is a really good girl. She is quick to learn, does as she is told, very clean (mostly) and was no bother. I can't believe how well behaved she is. The only downside was when she was told off for getting on the sofa. In retaliation she went to the kitchen and peed on the carpet. She told me she was sorry afterwards though.

Posted by Gillian McMurray at 12:22

We lost our precious Bijon Frise, Lily, three months ago. Indy is beautiful and smart, l'm sure she will bring you joy for years to come.

I am so sorry to hear that you lost Lily. It is always a sad time. They hold such huge parts of our hearts. Indy is wonderful. The days are never dull with her around :)