I had the most amazing surprise yesterday. I ordered a book last week called Skulls by Noah Scalin, published in 2008. It is based on the hugely successful Skull-a-Day blog and shares images from the year long project to create a skull a day, fun projects to make yourself and a few fan creations. While Scalin was in the midst of his project I sent him some hand made crafty creations using hand carved rubber stamps I made from his own images. The surprise? My creations are in the book! I had no idea they had been published and it was only by chance that I went back to Skull-a-Day and found out the book had been published. Being a fan of all things creepy I felt I had to buy a copy and when it arrived and I was flicking through it, SURPRISE! Let's just say I was on cloud nine, ten and eleven yesterday. Although the book doesn't seem to be available on either Amazon.com or Amazon.co.uk to buy new, it is available from several second hand sellers. If you like all things skully you might just love this book. The really spooky thing is that the book was published on my birthday in 2008. 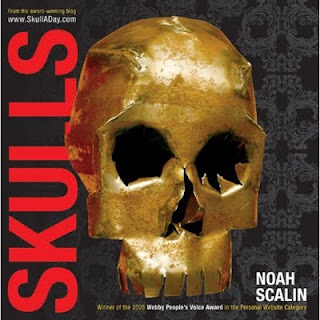 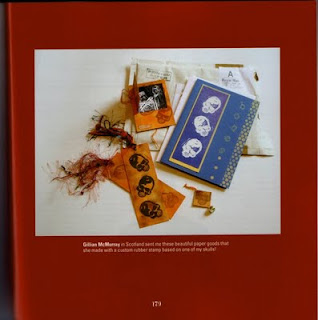 In other news, I have been making new beads, indulging in some yarnful creations and trying to get work ready for the local exhibition next week. All after a week of dog sitting for my sister. No rest for the wicked.
Posted by Gillian McMurray at 12:28

That IS GREAT! Congratulations, and I'm sure it was a shocker!

Congratulations! That is a wonderful surprise. The skull goodies you made are lovely.

Thanks guys. It certainly was a surprise - but such a wonderful one :o)

How fantastic Gillian. That is wonderful news. I am so happy that you happened upon this. What a great surprise.