I came across a couple of interesting tutorials online this week. Both involved sewn circles used in festive ways. So when I managed to get a few hours to myself I gave them a shot. Neither took long - a couple of hours each at most - and they fulfilled my desperate need to sew after a heavy week of bead making.

The first was a folded fabric ornament by Crouton Crakerjacks on YouTube. Really simple but a lovely finished product. Mine is decorated with some ganutell holly leaves from a new kit by Gina-B Silkworks. 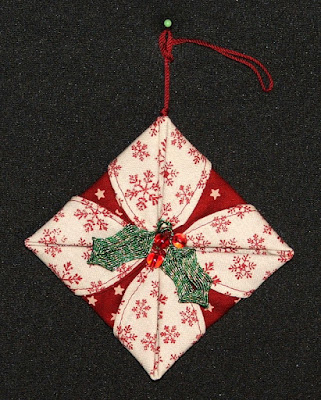 I also made a couple of smaller ones and added a snowflake button to one and some beads and a tassel to the other. 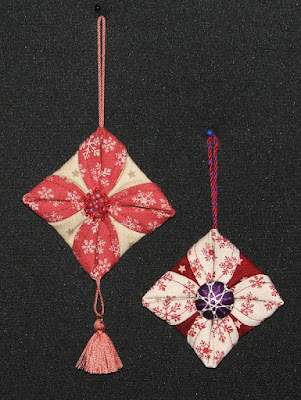 The next one was a little fabric angel by Selimut-ku. It is so very cute and would make nice little gifts for anyone who loves angels. As you can see, my guy has his head tilted to the side giving him a curious look. 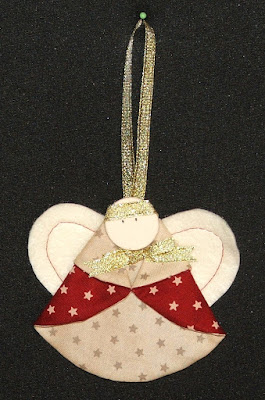 One other little Christmassy sewing project is the new start for the top of the family Christmas tree. The current star was made by my sister when she was at primary school and it's looking a bit dog eared. In fact it was made of straw and only has thee points left out of the original twelve. So I made a paper pieced, quilted star in yellow with a yellow hand made button in the centre. 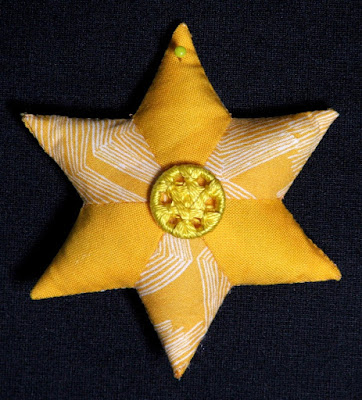 Posted by Gillian McMurray at 12:48